Rotary Club of Lebanon participated in the Lebanon National Night out by distributing LaRosa’s pizza to the community, co sponsoring the Cram the Cruiser event and just having some fun as Rotarians and friends.

National Night Out is an annual community-building campaign that promotes police-community partnerships and neighborhood camaraderie. 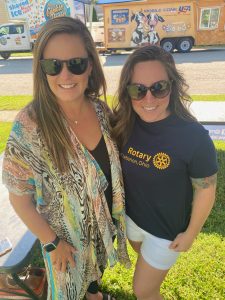 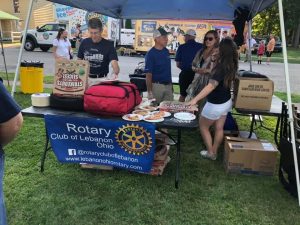 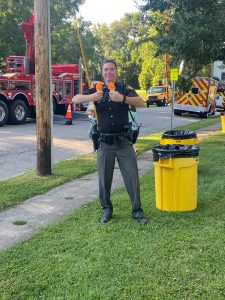 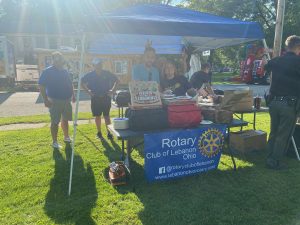 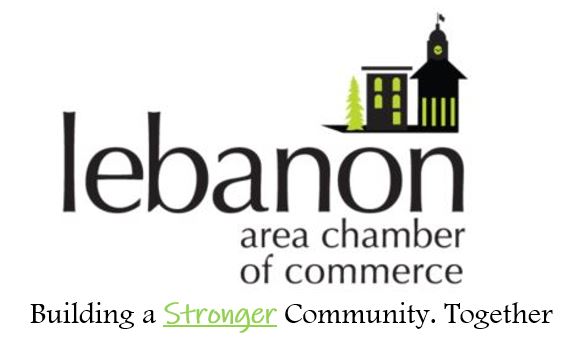 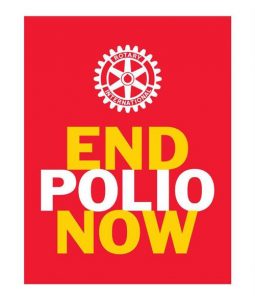 This is a summary of the February 18th, 2021 club meeting held over Zoom.

President Oda started the meeting at 12:01 with the 4-way test.

The Board voted to continue Zoom meetings until April 1, and starting April 1 we will meet every Thursday in person at Countryside Y, with meetings continuing to be broadcast through Zoom.. This weekly schedule will continue through June 24, and the Board will make a decision on what happens after June. The Y will provide lunches.

The Board also voted to give $1750 to Sleep in Heavenly Peace in conjunction with the Mason/Deerfield Rotary Club. Greg is working on getting a grant to double that, and also Chris Hubbard helped to organize a bed build at Sinclair for May 15th (with May 16th as the rain date). Greg also said May 22 will be a bed delivery date.

The Board wanted to give $1500 to the Y instead of giving to the now-cancelled Gala. Through other members donations, we now have $3000 to give – we will work on a grant to double that.

The Board has decided to go ahead with the Concerts in the Park program.

Rotary International is asking every member to give $100. Steve Cramer asked what the RI money goes for: Linda said that it goes toward their eradication of Polio, the Clean Water project, etc.

Greg talked about the Pancake Breakfast; the date is April 10, and it will be at the Warren County Fairgrounds. The hours are 8AM to 1PM, and we have a contract with Chris Cakes.

For Happy Dollars: Adam thanked the snow for giving his kids something to do.

Kim Bramlage, Marketing and Communications Manager for Five River Health Centers, and also a member of Dayton Rotary and past president of the Northmont Club.

Kim showed a presentation called ‘My India Experience’ about her Rotary trip to India. She talked about daily life, touring Rotary service locations (Jaipur Limb and Foot Factory, St. Stephens’ Hospital in Delhi [a polio hospital], and Kusumpur Pahari Project in Delhi [a vocational school and center). She then introduced basic facts about polio. Kim then showed her group holding a Polio Rally to advertise immunization days, and discussed how immunization is administered.

President Oda closed the meeting with the Rotary motto at 1:03 PM.

The meeting was called to order at 12:05; we skipped the toast, motto, and song.

President Oda opened the meeting by asking if anyone had any Happy Dollars – Chris Hubbard, Rob Bedinghaus, and Lindsay McLaughlin all contributed to the conversation.

President Oda reported that Chris Johnson sent an email regarding signups for Xmas baskets; in that email, Chris asked members to contact him by email to let him know if anyone wants to give any more money towards the project.

President Oda reported that she and Angie Smith have been talking about next year’s Business Expo; it will be at the Fairgrounds this year, on the 1st or 2nd Saturday of April.

President Oda then opened the floor for questions about the recent “board retreat” and reiterated the explanation about the board’s decision to take money from the Pancake Breakfast Tickets and move it towards Rotary International. There were no questions for the board.

Chad talked about the email that went out regarding two upcoming elections; they will be coming from electionrunner.com, not a Rotarian’s email. Chad and the board decided to run the elections this way in order to maintain anonymity, and every Rotarian’s participation helps us tally votes. The first email is for the 3 Executive positions, with all candidates running unopposed. The upcoming email will be to decide on 2 open Director positions, with 5 people running.

President Oda then reminded the club that all meetings will be held via Zoom until April 2021.

The meeting was then given to Adam Kwiecinski. He talked a bit about the club’s place in history, and in the wider Rotary International. He then shared a video from RI regarding the fighting of disease. He then shared another video about polio eradication, starring John Cena. He shared a last video called ‘Two Drops Of Patience’, which was a personal story about someone helping to eradicate polio.

Adam then introduced our Guest Speaker, Eli McLaughlin. Eli is a 2nd grader who has started E Prophet Charities; the mission of which is to help homeless kids. Eli told us he has already donated $1,100 to Sleep in Heavenly Peace, and to check out the E Prophet Facebook page to see their progress.

President Oda asked if anyone had anything else to add; and with no further business, ended the meeting at 12:38.

100 Years of The Lebanon Rotary Club! 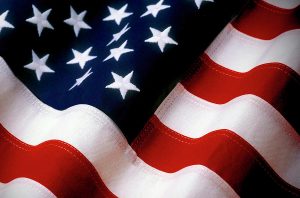 100 years ago on the front page of the November 25, 1920 issue of The Western Star newspaper in Lebanon, Ohio, proclaimed that Thursday, November 18, 1920, was “red letter day in Lebanon. It was the day on which the Rotary Club received the official recognition of the International Association, the charter being delivered by President Bob Chapman of the Cincinnati Rotary Club acting for District Governor Sam Squire of the Tenth District.”

Rotary has been called “The daddy of all modern service clubs.”

The very first Rotary Club was formed 15 1/2 years earlier when attorney Paul P. Harris called together a meeting of three business acquaintances, a coal dealer, a mining operator and a merchant tailor, in downtown Chicago, at an office in the Unity Building on Dearborn Street on February 23, 1905.

At the time of the founding of the Lebanon club in 1920, there were 775 Rotary Clubs worldwide. (Today there are 35,000+ Rotary Clubs with over 1.2 million members.) The United States had the greatest number, but there were also Rotary Clubs in Canada, Great Britain, Ireland, Cuba, South America, the Republic of Panama, China, India and France.

Early in 1920, several members of the organization Men of Lebanon were lunching together and the suggestion was made that they should do that weekly. A few weeks later the idea was a put forth that a new organization should be formed “as a help in furthering the interests of Lebanon and this community.”

That summer a committee was a formed to visit other towns and see what groups they had in their communities that met the goals the men wanted for Lebanon. It was recalled that the “ideal group organization for [Lebanon] was the Rotary Club.”

An application was made to the International Rotary Association at Chicago for membership. It was promptly turned down. The organization had as one of its rules that no town with less than 5,000 inhabitants could form a Rotary Club. As Carroll C. Eulass recalled, “We were so enthused with the idea that we did not give up and sent a representative to headquarters, he making a personal plea, holding up to them the fact of the organization already in existence and the enthusiasm of the business men in this place.”

Rotary International then sent a representative to visit Lebanon who interviewed members collectively and individually. He “was so impressed with the feeling of good fellowship that existed in our organization,” according to Eulass, “that he reported favorably and recommended a charter be granted to us.” Unfortunately, that application was also rejected.

After Rotary headquarters sent a second representative to town who also recommend that a Rotary Club be formed here, was the Lebanon group finally granted a charter.

A press release in November 1920 announced across the country, “Lebanon has the distinction and honor of being the smallest city in the world in which Rotary is established.” (The Western Star, November 25, 1920, page 1, and THE ROTARIAN, January 1921.)

Harold Pauly of the Troy Rotary, which was chartered in April 1918, declared he was the “daddy” of the “new baby.” He grew up in nearby Mason, Ohio and had relatives in the area. Ed Scott, also from the Troy club, stated “he was the brother-in-law because he got his wife from Lebanon – and she is ‘some wife.’”

The ladies of the First Presbyterian Church on East Street in Lebanon prepared a fried chicken dinner with all the “trimmins” for the occasion. The Western Star reported that “happy exclamations” were “heard from all over the hall.”

During dinner “beautiful music was furnished by Lebanon’s talented Trio” composers by Mrs. Dan Collette on violin, Miss Laura B. Cunningham on cello and Mrs. John Marshall Mulford on piano.

After the dinner “President Carroll” C. Eulass of the newly formed Lebanon Rotary Club introduced “President Bob” Chapman of the Cincinnati Rotary Club. It was reported that Bob “grew eloquent upon the purpose for which Rotary Clubs are organized. He told of the spend work done by Rotarians during the war [World War I had ended on November 11, 1918] and how, now with peace, Ohio Rotarians are devoting their energies on behalf of the crippled children of the state, and the maintenance of the hospital at Elyria, Ohio.”

“The hospital at Elyria, Ohio” to which Eulass refers was founded by Rotarian Edgar “Daddy” Allen. He was a wealthy businessman based in Elyria, Ohio whose son’s death in a street car accident in May 1907 prompted him to take an interest in local medical facilities. In 1908, he raised money to build Elyria Memorial Hospital, what is today University Hospitals Elyria Medical Center, which initially was maintained solely by Rotary Clubs. This, in turn, brought the needs of children with orthopedic problems to his attention. Medicine–especially orthopedic surgery — made tremendous strides in the years just after WWI, and organizations like ones Allen was involved in, especially Rotary Clubs, were important fundraisers and advocates for new hospitals around the country. In 1919, Allen was the founder of the Society for Crippled Children, the organization known today as Easter Seals.

At the closing of the meeting “President Carroll” asked all to face “Old Glory” and sing “The Star Spangled Banner.”

An editorial in the November 19,1925 issue of The Western Star newspaper in Lebanon commented on the founding of the club five years earlier stated,

“Rotary has a good motto. ‘He profits most who serves best.’ We believe each member attempts to abide by this rule. It is only the Gol-den Rule in business and Rotarians try to forward the principle, not alone in their own business but among those with whom they come in contact.”

“We hope it lives on for one hundred times five years and then some, if fortune shall see it function as it has these past years.”